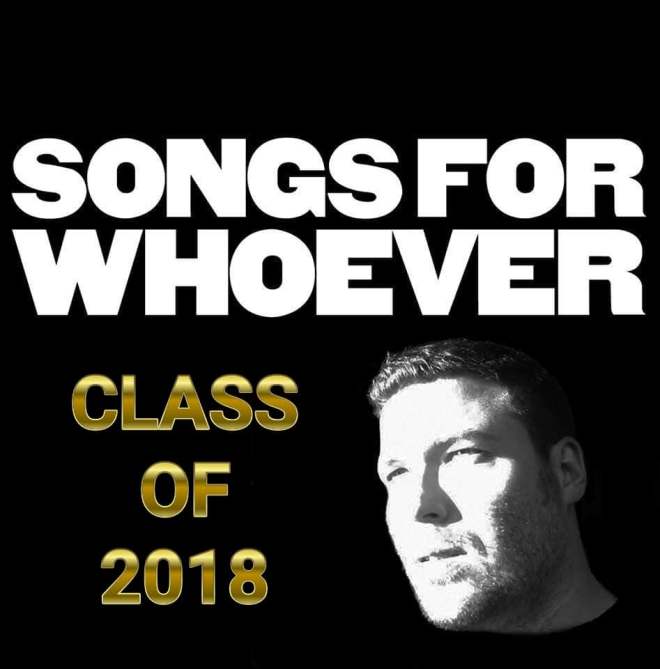 ”Once in an interview I got asked if it was about tarot cards! ‘Ehm…no, it’s not about that…'”

78. Amyl And The Sniffers ”Cup Of Destiny”
(single)

Dec: ”We were writing as many songs as possible which was meant for an album in the garage where me and Gus used to live. The whole band was there and we were jamming. We weren’t really satisfied with how not punk a couple of our songs were, so we all had like a quick break. We had this mini panic attack over the space of an hour, we needed to get more punk into the mix. So we listened to a band called Pissed Jeans for a little while, for some inspiration, ‘cause we like them. While we were doing that and chilling, Bryce, our drummer, was downstairs at the garage and he wrote Cup Of Destiny on the bass. When we came back down, he said ‘I’ve got this’, and then showed Gus how to play it and started playing the drums. I put my guitar part over it and then Amy had the lyrics already. Basically the first time we played it, it was written.”

Gus: ”We got it down really quick, quicker than the other songs we’d written.”

Dec: ”Maybe over the space of an hour and a half from the panic attack to finishing the song. I think it’s about pub culture. Once in an interview I got asked if it was about tarot cards! ‘Ehm…no, it’s not about that…’ That was classic! They take it more symbolically and spiritually than it really is.”

Amy: ”‘Cup Of Destiny’ is mainly about how I was trying to cut back on drinking a little bit, because pretty much it was either ‘I could drink water or I could get shitfaced…'”

”The emotional content for us lies in that our generation feels there’s a lot of pressure on them to live a certain way, to fit into this system….”

”What’s great about ‘Happy Man’ is that inherent darkness, there’s always a big question mark. It might seem there’s something good on the surface, but I like the fact that we explore the undercurrent. How that’s actually emotionally affecting people.

We wrote it quite early in the [album] process and it took us quite a while to find some music that we loved for it, but that’s an exciting process for us because a lot of the time you have a beat and try melodies over it as you’re trying to make it work. Sometimes you don’t get the right thing.

As you’re working on the music that also evolves and develops, then eventually it inspires you to get the melody and the lyrics. ‘Happy Man‘ was one of those evolutionary processes that felt like a very beautiful and natural weird journey through this idea. The emotional content for us lies in that our generation feels there’s a lot of pressure on them to live a certain way, to fit into this system. This modern capitalistic, democratic system that is seen as what perceives to be the best way for people to live their lives. It’s about challenging that and challenging the notion of what is a fulfilling and happy existence for everybody.

72. Nothing ”Zero Day”
(from Dance On The Blacktop) 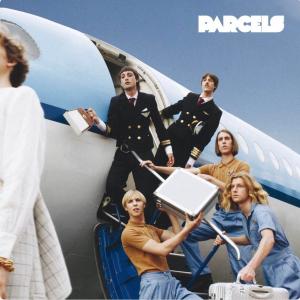 ”‘Lightenup’ is our take on one of those classic and classy disco records you can’t quite remember the artist name of. It was fleshed out during the album’s recording process and morphed directly out of an over-the-top live jam we had been finishing our sets with for ages, serving as the outro for ‘Comedown’. We tidied it up with some super clean [George] Benson inspired guitars and a truly bouncy bass line from our beloved Crumar Multiman.

It feels like the most communal track on the album as we are all singing together the entire time, truly a sentiment from the band’s collective perspective. The lyrics took a while to work out – we had placeholder ones until an embarrassingly late stage – but one night Patrick sent an almost complete idea around that everyone loved immediately and so that’s what we used. Rowan Hamwood returns for a lovely flute solo in the outro.”

”The lyrics are a little absurd, almost like Dada except they’re real, about anyone just parking in the loading zones of your town. Real, mixed with absurdist psychedelia…”

“I actually wrote all the lyrics and the chords around the same time as a lot of songs that made it on b’lieve i’m goin’ down… but never ended up trying to record it, I thought it was a little weird. The lyrics are a little absurd, almost like Dada except they’re real, about anyone just parking in the loading zones of your town. Real, mixed with absurdist psychedelia. Then the band toured a bunch and the Violators got tight, so it reached a point where I could play it full on with a full band. It would have sounded way different if I had recorded it for b’lieve i’m goin’ down… as the Violators probably wouldn’t have played on it. It’s sung live, me on an acoustic guitar, drums, bass and Jesse on spacey electric guitar. All that was done live, however I overdubbed some solos a few months later.

When I was in Australia the first time with the Violators I was hanging out with Mick Turner and Jim White from the Dirty Three. While I was in the guitar shop that day I added the intro riff to the song. I remember I did a demo of it with Mick and Jim, it was just crazy. This was years ago at this point, three years ago or less. Anyway, the song had some time to evolve.

While I was going on some kind of road trip with my family going to Texas and Willie Nelson’s ranch, the last thing I did was getting into the studio. First it was with Rob Schnapf and then my bandmate Rob Laakso in L.A. He was like, ‘I want to go to the store and get some pedals’ but I didn’t care so much about gear. Then we went there and I got this Phaser. I felt it got me in the mode for that kind of thing. Somewhere along the way we got this Ludwig Phase II which is a crazy, rare guitar synthesizer. It’s the guitar synth used on Sonic Youth’s ‘Diamond Sea’ which is my favourite song of theirs, it’s twenty minutes long going ‘ee-ya-ee-ya-ee-ya-ee-ya’. So I got this really rare pedal and this time I got back to the studio on the East Coast with Peter Katis, while we were mixing the record, the last thing I did was add this guitar solo. I thought it was cool but also weird and Peter just said ‘no, that’s in!’. He put the right solo and sound in there. So God bless Peter Katis, ‘cause that’s a weird sound that made the record!”

66. LUMP ”Curse Of The Contemporary”
(from LUMP)

63. Great Lake Swimmers ”Side Effects”
(from The Waves, The Wake)

”…as a singer, Iggy had to be concise and to tell a story in 25 different words or less or otherwise he’d have failed. So I wrote 25 on the top of a page and all this came out of me…”

”I recorded a demo for 25 very quickly within a day or two in December 2016. We’d been hastily arranging tracks for what would eventually become the backbone for Stains on Silence. The pressure was on as we’d a dead line set for the new year which in hindsight was unrealistic and stressful. I think we weren’t long after laying down some stuff down in the studio, maybe a week or two previously but this was written almost fully formed at home in my living room. In fact now i think of it, the only thing that was re-recorded from the demo was the drums and the vocals and Claire added her bass parts and Phil some guitar. Everything else was the original demo stems which, indeed, would have been recorded in my living room and kitchen.

Ben McCauley, who engineered the record and also played drums on it, wanted to stick rigidly to the drum loop sample from the demo as if to confuse the listener that we used a drum machine bar one tiny fill when the song lifts into the brief change at the midpoint. He played the whole thing to grid – probably in the first take. It’s a repetitive song, it’s more about feeling and atmosphere but i knew when i worked out the changes for the chord progressions at the final bit of the vocal melody that it would be fully lifted out of the murk and into bright shimmering lights. That’s what was in my head anyway.

I think, this is one of the rarest of rare occasions that i had lyrics written or semi-written before the idea of music had even been hinted at. I must have seen Jim Jarmusch‘s Gimme Danger about a month before. The one thing that struck me the most was when Iggy Pop talks about his idea of making a rock n roll song when they were starting out. And how, as a singer, he had to be concise and to tell a story in 25 different words or less or otherwise he’d have failed. So I wrote 25 on the top of a page and all this came out of me. I spent some time editing furiously and trying to get the amount of different words down and even bending the rules (25 is not a word) as much as possible. I failed, but what it taught me was the difficult practice of being ruthless and to hone in on the essence of the song, and to hammer the point home quickly and effectively.

The vocals come in and out quite quickly, they sit above the murk of the instrumentation. They’re fully audible as intended and their brevity serves the notion that everything is so short and nothing permanent. We share these poignant, most beautiful moments in time, however brief and fleeting they can be but they can just as easily disappear as quickly as they arrived. Processing memory and trying to make sense of life can be difficult and confusing. It’s a privilege to let it manifest itself into song – as taxing as it can be at the time.”

”It’s emblematic of my sleepless nights, wandering the streets of Berlin like some paranoid animal, while capturing the unbearable sound of my pulsating heart deep inside my chest…”

”I created ‘Choke’ as a theme song to my recurring corruptive behavior. It’s emblematic of my sleepless nights, wandering the streets of Berlin like some paranoid animal, while capturing the unbearable sound of my pulsating heart deep inside my chest. Full of ego and full of fear at the same time.”